This is the newer, rounder $100 Amazon Echo

Amazon kicked things off at today’s big (virtual) hardware event in Seattle by introducing a very new and very round take on the Echo. The biggest change appears to be aesthetic, turning the smart speaker into a big, fabric covered call. That’s a nice improvement from a sound perspective, doing a better job of offering fuller sound from all sides. It’s a design the company is carrying across the speaker line, including similarly shaped versions of the Dot. 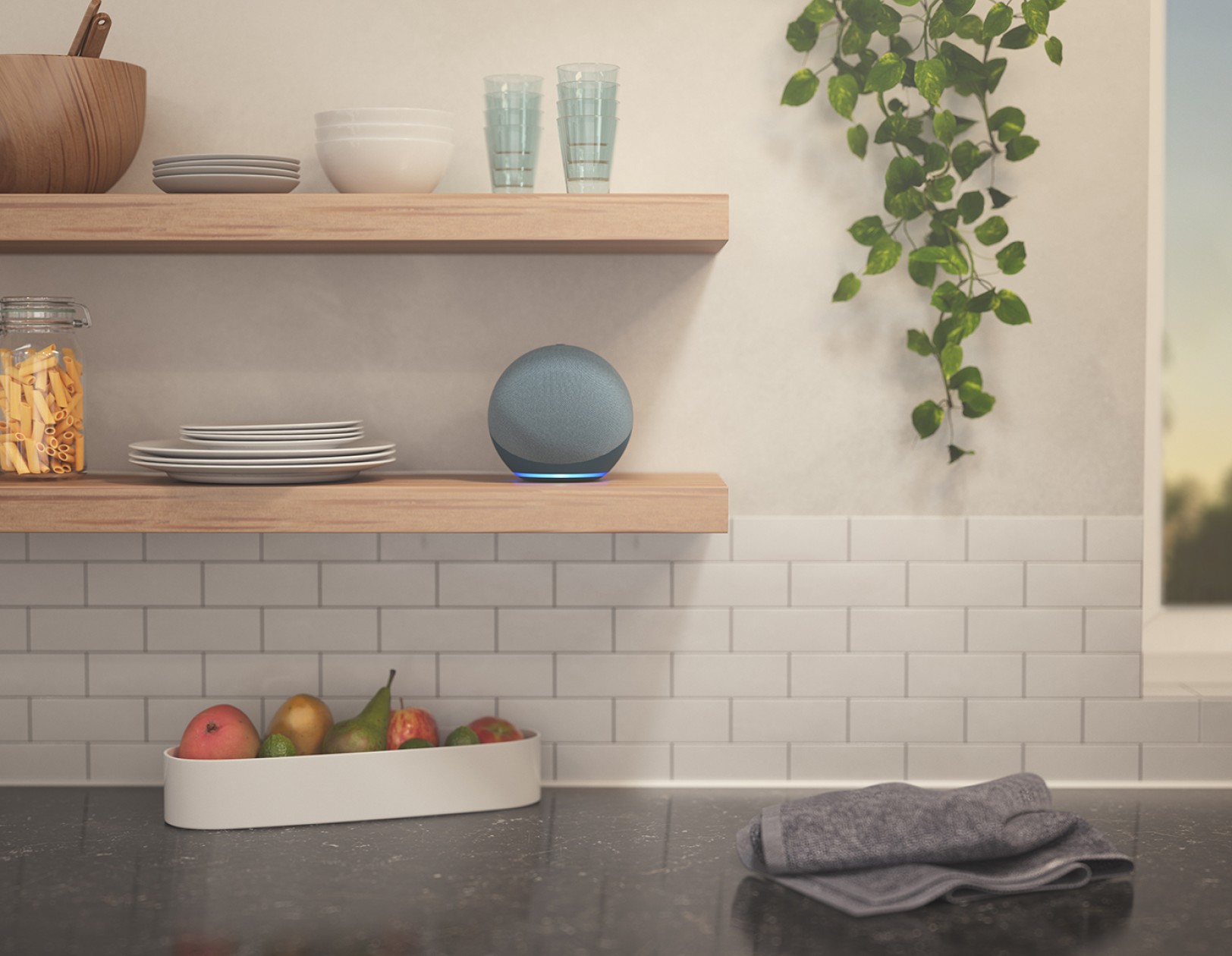 The new smart speaker automatically tunes itself to the size and layout of your room, according to the company. It also features Zigbee and Bluetooth low energy built-in, serving as a smart home hub and essentially negating the need for the Echo Plus. Amazon Sidewalk is also built-in now, so the speaker works with the company’s new home networking system.

The blue light ring that lets you know the device is working has been moved to the bottom of the device, which appears to be a largely pragmatic choice, so as to not break up the all-over speaker design.