The latest The Flash trailer suggests that Michael Keaton’s Batman has a bigger role in the film than many initially assumed. Ezra Miller makes his DCEU return as the Scarlet Speedster after starring in Zack Snyder’s Batman V Superman: Dawn of Justice and Justice League. Directed by Andy Muschietti, The Flash‘s first trailer was released at DC FanDome 2021, offering a sneak peek at what to expect from the standalone flick.

It’s no secret that The Flash was in production limbo for quite some time with a few director changes. But, the movie finally kicked into production in 2021 and is currently filming. Specific plot details are still scant at the moment, although a few pertinent details have been confirmed. That includes the return of Kiersey Clemons as Iris West and the introduction of Sasha Calle as Supergirl/Kara Zor-El. Barry Allen is also joined by two Batman variations: the first one being Ben Affleck’s and the other one being Michael Keaton’s. Obviously there’s a lot of excitement surrounding their involvement, but there’s heightened anticipation about Keaton’s Batman iteration simply because this is the first time he will reprise the superhero role in two decades.

Considering the fact that it’s the Flash’s solo outing, it was initially unclear how involved Keaton would be in the film. Set photos revealed him back as the Bruce Wayne persona, and the actor’s personal interviews confirmed that he’s indeed wearing the cape and the cowl again. Still, with very little known about the movie’s plot, there were questions about the extent of his appearance. Some argued that it wouldn’t be anything more than an extended cameo, with the primary focus on Barry Allen instead. This makes sense since he is the movie’s headlining character. However, The Flash‘s trailer suggests that Batman’s role in the film is going to be more prominent than initially perceived; much of the trailer focuses on him, including both versions of the Flash visiting Tim Burton’s Wayne Manor and then, his Batcave. It even ends with the tease of the 1989 Batmobile reveal.

Interestingly, despite all the references to Keaton’s Caped Crusader, the hero doesn’t properly appear in The Flash trailer. Instead, there’s only a shot of his iconic cowl looking outside the Batcave. But, the fact that he provides the narration for the majority of the trailer further indicates the extent of his appearance. At one point, it seems like the two Barry Allens and Supergirl recruit him for a mission, and it’s safe to say that he at least considers joining his fellow DC heroes in the movie. It’s worth noting that The Flash appears to be an adaptation of the Flashpoint storyline from the comics. Barry’s time-traveling likely fractured space-time which has had ripple effects in other universes, including that of Supergirl and Keaton’s Batman. The voice-over dialog is Bruce Wayne making sense of everything that’s happening.

The question now is, how does Affleck’s Batman fit into all of this? Based on what’s known about The Flash production, the actor didn’t start to film his scenes until the middle of principal photography. Some theories suggest that Affleck’s Batman dies in the movie, and that it could serve as motivation for Barry’s time travel. Furthermore, many are also curious if Affleck’s version of the hero will cross paths with Keaton’s Caped Crusader. Fans will likely have to wait for the movie’s debut to find out. 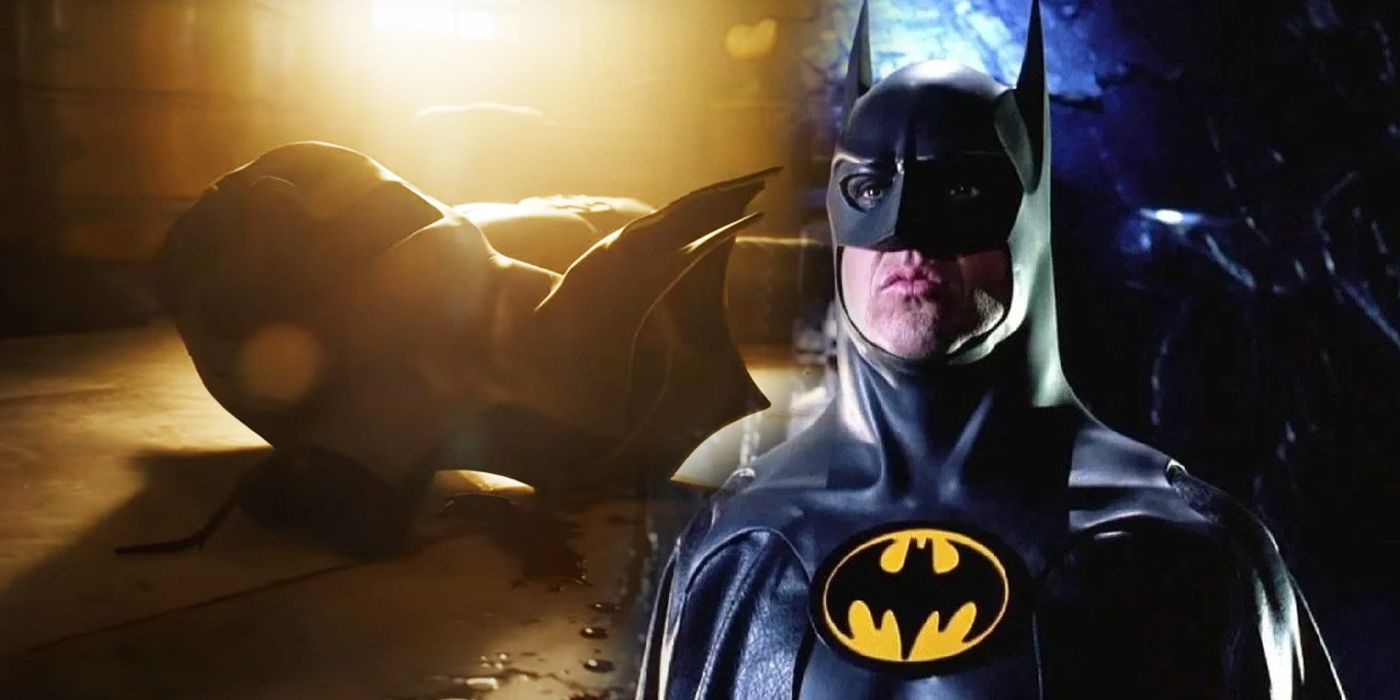